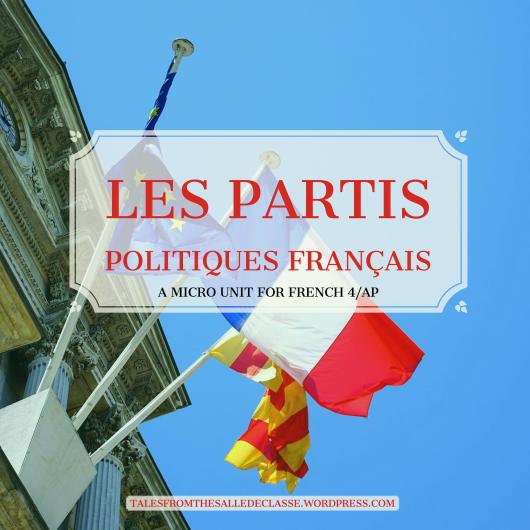 In an effort to expose my students to as many cultural topics as possible before the AP test, I did a very quick, brief overview of the French presidential elections and the political parties in France. And I mean very quick. I could (and should) have done a lot more with this concept but I’m feeling a little panicky about the amount of material I have to get through in the next eight weeks so we did a very brief micro-unit so they are at least familiar with the system and the candidates, should anything crop up this year’s test (given that it’s an election year).

I slapped together a brief dossier (this does not include an article I found on 1jour1actu) for this micro-unit; there’s not much in it, it’s more of a guide to help me and keep my students organized.

Day 1: Look at the graphic on the front page of the dossier and brainstorm the major values of French politics; are they similar to or different from our values? How so? Examine the logos on page 2 and try to guess where the parties fall on the left-right spectrum. Watch this video from 1jour1actu: Ca veut dire quoi, droit et gauche en politique? The students then used their devices to go on I Side With and filled out the survey to find out which French politicians/political parties best fit their perspectives on a variety of issues. We culled vocabulary related to politics and political stances during this activity as well.

Day 2: We explored some of the articles from the presidentielle 2012 dossier on 1jour1actu, bearing in mind that the candidates are not currently relevant but the practices and concepts are basically the same. I also cut up the pieces of a document shared by a fellow teacher on the French Teachers in the US Facebook page (thanks, Debbie McCorkle!) that broke down the viewpoints of 13 major French political parties on issues such as the economy, the European Union, immigration, terrorism and the army, and the environment. I put students into pairs and assigned them a political party to be the “expert” on, then they had to share out to their classmates, giving only the essential information before moving on.

Day 3: I did a quick direct lesson (in the TL, of course) on how the French president is elected (le suffrage universel direct), how many elections there are (le premier tour, le deuxième tour) and how long a President is in office in France (5 years). We looked at some of the survey results from Le Figaro regarding current candidate popularity, and then did a Venn Diagram of all of our findings thus far regarding similarities/differences in French and American political parties and processes (days 1-3) I then assigned everyone the identity of a French politician for an in-class “primary” debate.

Day 4: Students researched their candidates’ viewpoints on major political issues (immigration, economy, etc) as well as the viewpoints of 1-2 opposing candidates to prepare for our debate.

Day 5: In-class whole-group role play with me as the moderator. I asked questions about various issues and called on “candidates” at random to express their views and challenge the viewpoints of their “opponents.” We also did a quick AP-style reading from a textbook on the voting process in France.

There you have it! Fast, a little shallow, but still relevant and engaging for my students, particularly since it’s been a year full of politics in the United States. 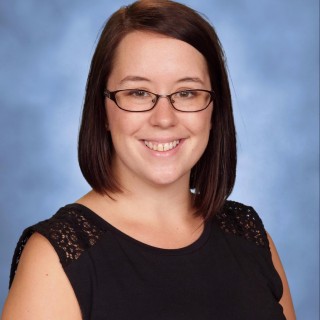